THE SCALES OF SHOW AND BUSINESS

Without revealing too many #spoilers there is something from A Star Is Born that has stuck with me since seeing the movie.

I have to thank Bradley Cooper, Eric Roth, and Will Fetters for articulating something that I have been trying to find the words for for quite some time.

To paraphrase: talent is ubiquitous. The thing that separates is having something to say.

I think you can have a very long, happy, fruitful career in any aspect of this industry with only your talent. You may not, in fact, have something to say to the masses. You can still entertain, you can still make a living, and have a very happy life. You may not want the pressures that come with fame.

BUT as a student of this industry - I have long been trying to pinpoint what the difference is between a producer like Steven Spielberg and Joseph Singer.

Who is Joseph Singer? Exactly.

He happens to be the producer I worked for when I first got out of college. He produced Mercury Rising, Courage Under Fire and convinced Eddie Murphy to re-make Dr. Dolittle.

Obviously talented, obviously a good eye for material. I learned a TON from him. But I don't think he had much to say. Or if he did, he didn't take the risk to say what he wanted to say once he had the power and position to say it. Probably because of the money. I always got the feeling that if Joe could make as much money selling won-tons as he did in the film industry he'd probably go sell won-tons. Perhaps unfair, but he is, as far as I know, no longer in the industry.

Yes this is show BUSINESS but the SHOW is first in that phrase.

Here's the line from the movie that has stuck with me:

Look, talent comes everywhere, but having something to say and a way to say it so that people listen to it, that's a whole other bag. And unless you get out and you try to do it, you'll never know. That's just the truth. And there's one reason we're supposed to be here is to say something so people want to hear. So you got to grab it, and you don't apologize, and you don't worry about why they're listening, or how long they're going to be listening for, you just tell them what you want to say. Don't you understand what I'm trying to tell you?

What he's trying to tell you is that you can't be afraid to say what you want to say. Whatever it is. As an artist - if you are lucky enough to be given a soap box, you had better know what it is you want to say when you get there.

OR you need to know that you don't have anything you want or need to say - again, this is ok, but you can't expect the artistic immortality to follow.

If you don't have anything to say, you need to find your spot in this industry as a working artist in support of other's visions, in support of people who you like what they have to say, or simply in support of feeding your family - all noble endeavors. Again, I am NOT qualifying one career path over the other as "better." I simply think it is important to decide now, which kind of artist you are, and want to be.

So, #whatif tomorrow Jackson Maine walks into your life and gives you the opportunity to launch your career into orbit?

Who are you? What will you do with your moment?

What do you have to say?

What I have long believed, and what A Star Is Born articulates well is that long-term notoriety in this business requires keeping the Show and the Business in balance.

There are a couple of roads in:

You can break in by making something wildly commercial and popular. Something that is pure fun and entertainment. Think Jaws, Think Gaga's The Fame. Think Toy Story. Think Sandra Bullock.

You can break in by making something wildly personal that is rooted completely in "saying what you want/need to say" Think Fruitvale Station, Think South Park, Think Whiplash. Think Jennifer Lawrence.

However, the path to a long career, is to jump between making things that are popular and things that say something.

And, I believe the greatest achievement in this business is to eventually make something that is POPULAR AND SAYS SOMETHING.

For the second path - in order to achieve longevity you will be presented with the chance to bring what you want to say to an ever wider audience - and you ultimately still need to still say something. You need to go from Fruitvale Station to Black Panther, from South Park to The Book of Mormon, From Whiplash to La La Land. From Winter's Bone to The Hunger Games.

Steven Spielberg, Ryan Coogler, Gaga, Trey Parker and Matt Stone, Sandra, Pete Docter, Damien Chazelle and Jennifer - they all are constantly trying to achieve that delicate balance between the scales of Show and Business.

And perhaps the hardest thing to do is to take Guillermo del Toro's path. To go from The Devil's Backbone, to Pan's Labyrinth, To Pacific Rim and then when signed on to Pacific Rim II and to walk away and make The Shape of Water instead.

Talent is everywhere. What do you want to say? 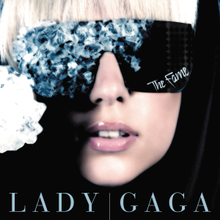 TO PIVOT OR NOT TO PIVOT